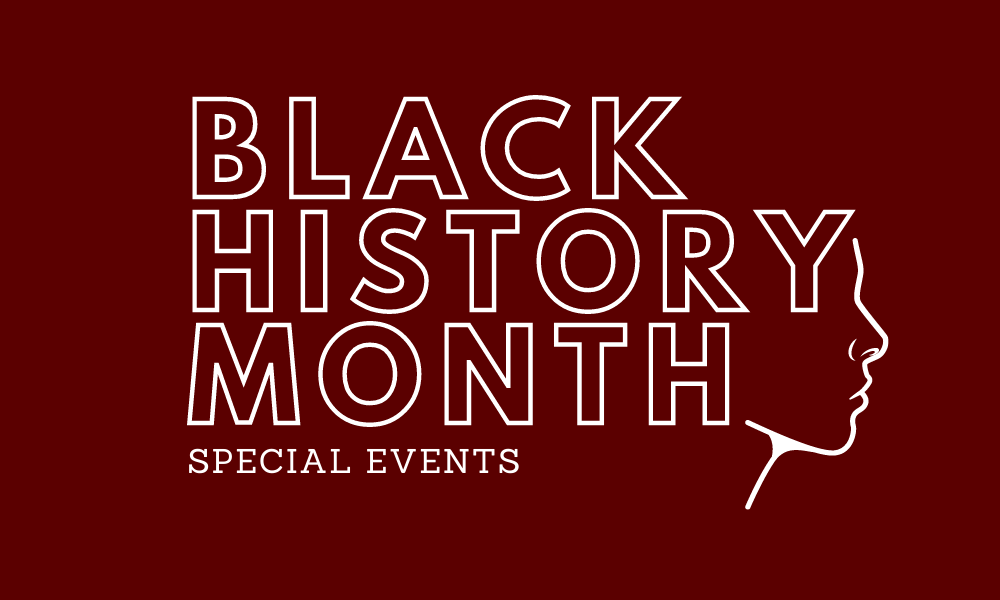 Every February, Black History Month is celebrated across the United States to honor the accomplishments and achievements of Black and African Americans throughout history.

The roots of Black History Month go back to 1926 when noted historian, Carter G. Woodson launched the first observance in February of that year. Dr. Woodson dedicated his life to documenting and preserving Black history and culture and is often called the “father of black history.”

The SGA has put together a list of virtual events.

“The Impact of Shuffle Along”

Karamu House, the oldest African-American theater in the U.S., is hosting virtual events throughout the month.

In partnership with The Musical Theater Program, Karamu House is showing a multimedia concert of Shuffle Along, one of the first-ever Broadway productions written and performed by an all-Black cast. “The Impact of Shuffle Along” celebrates the musical’s 100th year anniversary with songs and rarely seen video clips.

You can watch the performance for free all month long on Karamu House’s website.

“The Smithsonian’s National Museum of African American History and Culture”

Throughout the month of February, the Smithsonian’s National Museum of African American History and Culture (NMAAHC) is launching virtual events and conversations that affirm and preserve the accomplishments of African Americans throughout history. Events are free and open to all.

RIVER CITY DRUMBEAT (Documentary, 95 minutes) is a powerful story of music, love, and legacies set in the American South. Edward “Nardie” White devoted three decades to leading the African-American drum corps he co-founded with Zambia Nkrumah in Louisville, Kentucky. Together they inspired youth from their West Louisville neighborhood to thrive by connecting them with the art and cultural traditions of their African ancestors.

Now Albert Shumake, whose destiny was shaped by the drumline, must take up the mantle for the next generation, as student drummers Imani, Jailen, and Emily navigate adolescence and life changes. River City Drumbeat follows this creative community of mentors, parents, and youth making their way in a world where systemic forces raise obstacles to the fulfillment of their dreams.

THROUGH THE NIGHT is an intimate cinema verité portrait of three working mothers whose lives all intersect at a 24-hour daycare center: a mother working the overnight shift as an essential worker at a hospital; another holding down three jobs just to support her family; and a woman who for over two decades has cared for the children of parents with nowhere else to turn.

A tender portrait of titanic strength, love, and selflessness, THROUGH THE NIGHT showcases the multiplicity of “women’s work” — paid, underpaid, and unpaid; emotional and physical; domestic and career-oriented — all while negotiating the terms of a dignified existence under the three arrows of racism, sexism, and capitalism in America. Directed and produced by Loira Limbal, a Sundance Institute Fellow and a former Ford Foundation Justfilms/Rockwood Fellow.

ASALH is hosting its first month-long virtual festival to celebrate Black History Month. The lineup includes free community events such as panel and author conversations throughout the month of February. Find the Schedule of Virtual Festival Events here. The marquee event is a ticketed conversation and tickets must be purchased, “Finding Our Roots in African American History: A conversation with Henry Louis Gates, Jr. and Evelyn Brooks Higginbotham” at the end of the month.

Playhouse Square is hosting a virtual performance of Stono by Step Afrika! from Feb. 1 through Feb. 14. The 35-minute show originates from the story of 20 enslaved Africans who began an insurrection in 1739 on the banks of the Stono River in Africa.

Waving flags and beating drums, the enslaved Africans marched south towards Spanish Florida, hoping for freedom. The rebellion was eventually suppressed, and Africans lost their right to use their drums in the Negro Act of 1740. That’s when they started using their bodies as instruments instead. Stono celebrates that spirit of resistance and activism. Tickets to Stono are free.

HerStory: A Celebration of Black Female Artists is an hour-long seminar led by artist Jahné Brown will celebrate the works of black women across all design categories. While it is open to all art enthusiasts, black women and women-identifying creatives are encouraged to share their thoughts about the current placement and status of black women in today’s society. This free event will be available February 11 from 7 to 8 p.m. EST.

On February 14, Washington DC History & Culture is live-streaming a history tour about Frederick Douglass and the Underground Railroad in Maryland. Participants can go on a virtual journey that includes Fredrick Douglass heritage sites in the District, along with conversations about the impact Douglass and the Railroad had on local history and culture. John Muller, author of Frederick Douglass in Washington, D.C.: The Lion of Anacostia, will be hosting the event. This free event will be available February 14 at 6 p.m.

Choral Arts and Washington Performing Arts Gospel Choirs are co-hosting “Living the Dream… Singing the Dream”, this year’s annual concert that “give(s) voice to the voiceless.” Now in its 33rd year, the annual choral tribute to Martin Luther King Jr. will be a collaboration of styles and cultures. The performance will be conducted by Scott Tucker, Michele Fowlin, and Theodore Thorpe III. This free event will be held on February 19 at 8 p.m.

The Howard Gospel Choir of Howard University is performing its annual concert series, Let Freedom Sing, to “celebrate the African American experience in music.” The production is a collaboration with the local organization Town Hall Education Arts Recreation Campus (THEARC), and will stream virtually. This free event will be held on February 19, at 6 p.m.

The biggest R&B act of all time — Boyz II Men, performing on our virtual stage. Grammy-winning R&B Diva Thelma Houston singing to fill our hearts. AND MC Lyte, one of the greatest MCs of all time and a quintessential pioneer of female rap, on the decks to make us dance with reckless abandon at this Motown Dance Party. This free event will be held on February 20, at 11 a.m.

This virtual tour will challenge us to confront the persistence of long-standing inequity. Thousands of men, women, and children were buried here, many of them experiencing slavery, rural-to-urban-migration, and the inhumanity of Jim Crow. Join us to hear their stories! This free event will be held February 22 at 1:30 p.m.

As part of AARP’s tribute to National Black History Month, you’re invited to a virtual tour of the International Civil Rights Museum commemorating the 1960 sit-ins at a whites-only lunch counter by four college students that changed America. This free event will be held on February 23 at 4 p.m.

Join historian, artist, and author, Ann Woodford, as she highlights the voices of people that have often been overlooked. Ann will use her art and writing to share the stories of African American history and heritage of far Western North Carolina. This free event will be held on February 25 at noon.

See, learn, and feel how BLACK ARTS MATTER at the Cameron Art Museum in Wilmington, NC. On this virtual tour, you will see how the artist, Willie Cole, challenges us to accept the racial biases and inequalities continuing to shape our culture. This free event will be held February 25 at 7 p.m.

The Chicago Children’s Choir will host its annual Black History Month Concert—virtually. The choir showcases the talents of young people from every zip code in Chicago. From home, virtual concertgoers can tune in to a pre-produced show themed “Preserving and Persevering.” Selected music pieces celebrate Black culture, explore how music preserves African traditions while inspiring hope and perseverance across centuries of injustice.

The production will feature many genres including gospel and jazz. Choral arrangements will include classic hymns and anthems like “Lift Every Voice” and “We Shall Overcome.” And Grammy-winning quintet Ranky Tanky, whose songs preserves Gullah culture is also scheduled to perform.

The livestream will include pre-produced performances and at-home footage of the young choir stars filming themselves. The national event is free and will livestream on the choir’s Facebook and YouTube pages in addition to their website https://ccchoir.org/ on February 25th at 8 pm EST. 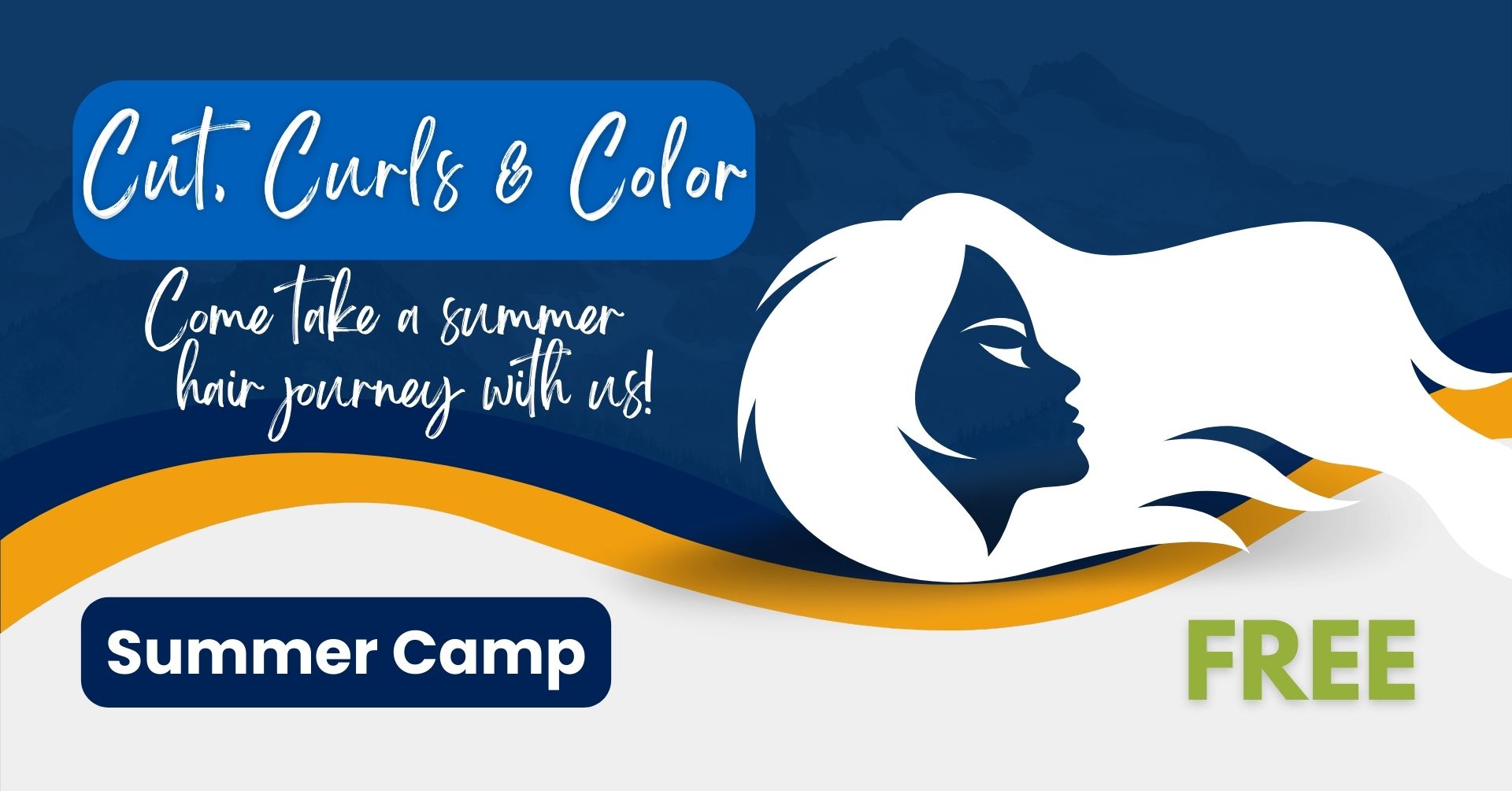 Taught by awesome instructors that will demonstrate one of the most popular, timeless haircuts in the industry. You will be able to get creative with hands-on experience in hair color and hair styling on your very own mannequin! Come take a Summer hair journey with us! Cost: FREE, Date: Friday, July 22, Time: 9am -12noon, Ages: 7th-9th grade... 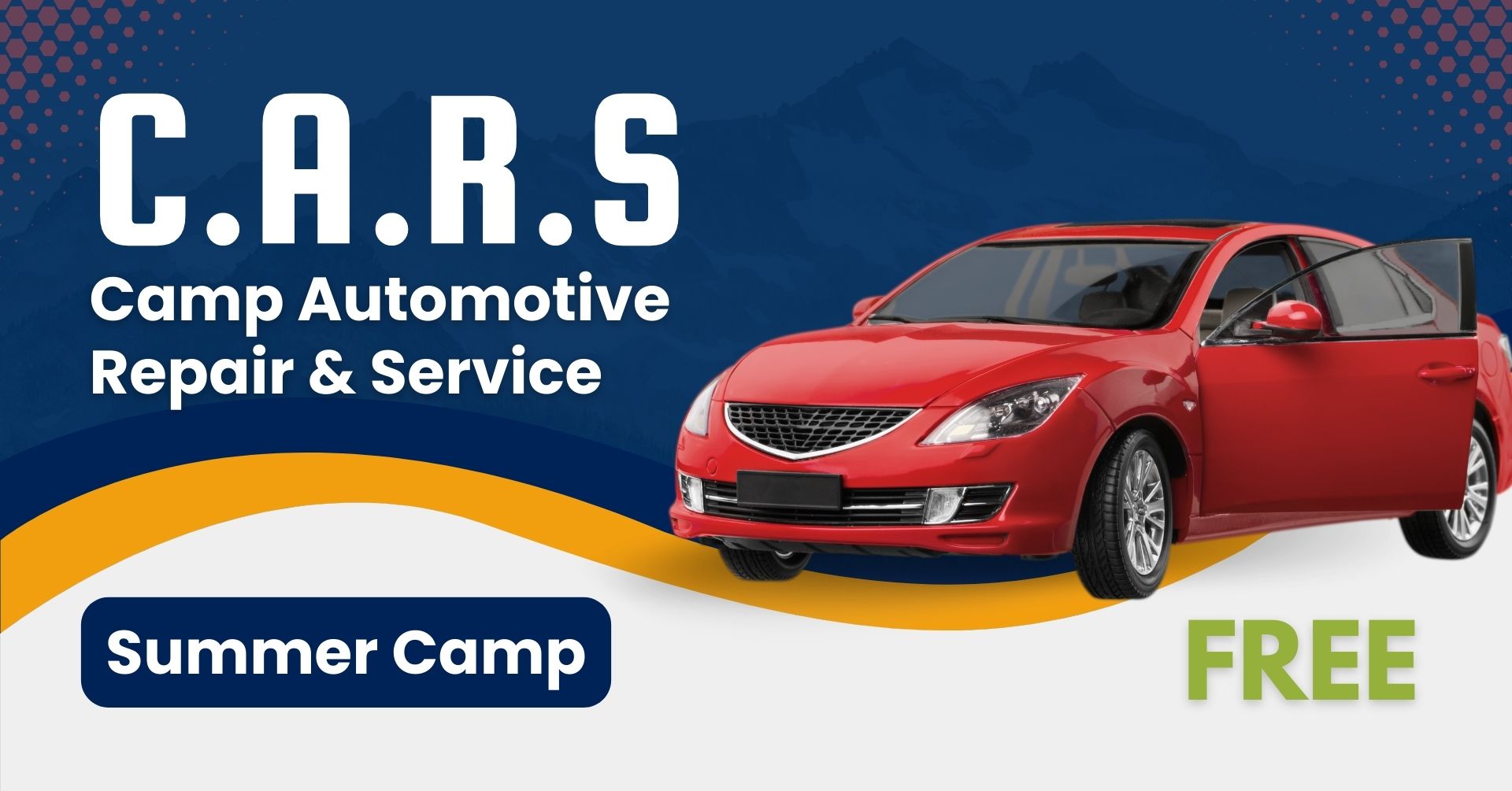 You may not be able to drive a car yet, but you can prepare early by learning some basics of how to care for cars. Learn how to open the hood and safely check and adjust fluid levels, check engine hoses and belts, check and adjust tire pressures, check windshield wipers and lighting systems, and more. SPACE IS LIMITED - ENROLL EARLY.... 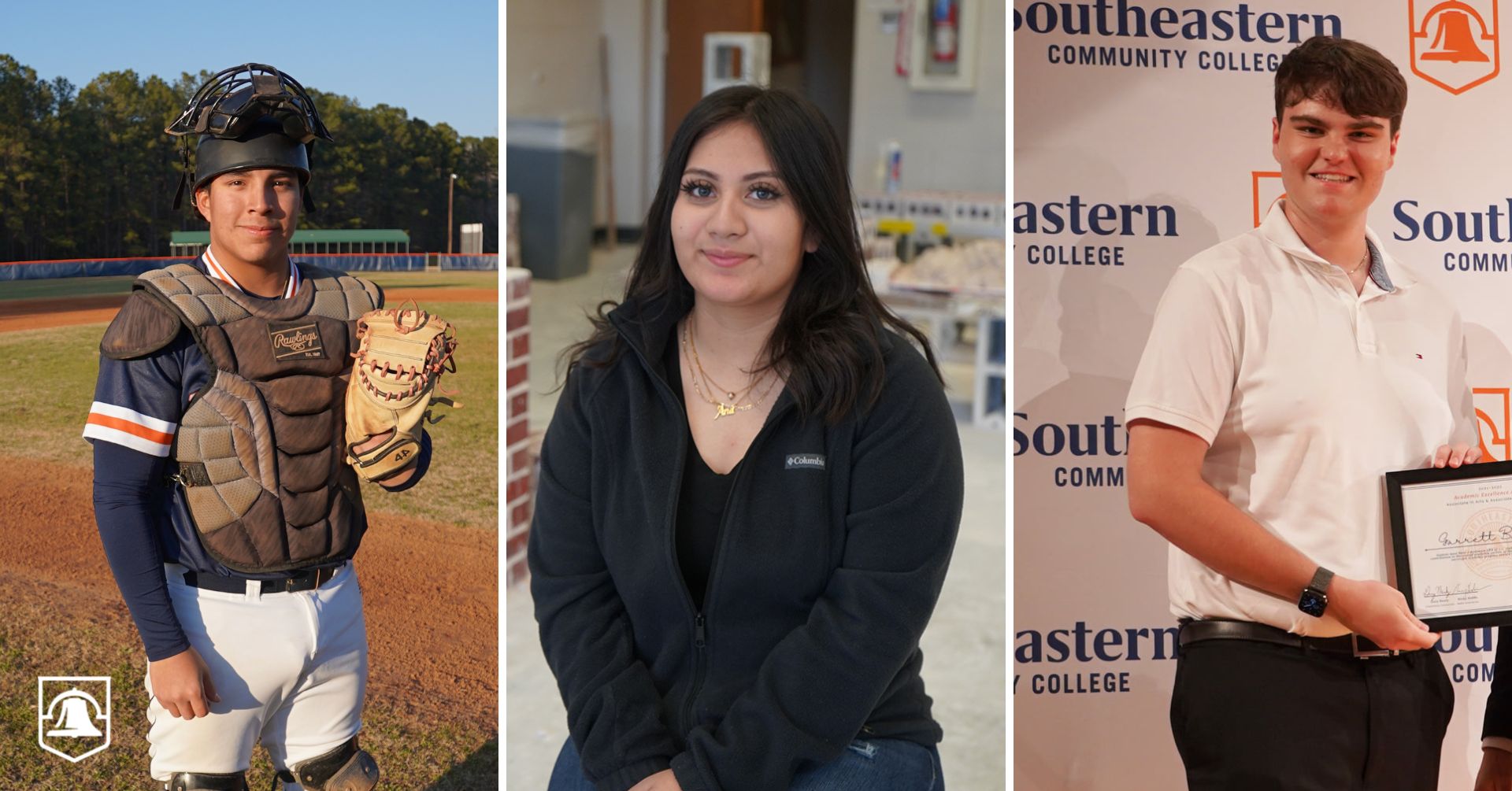