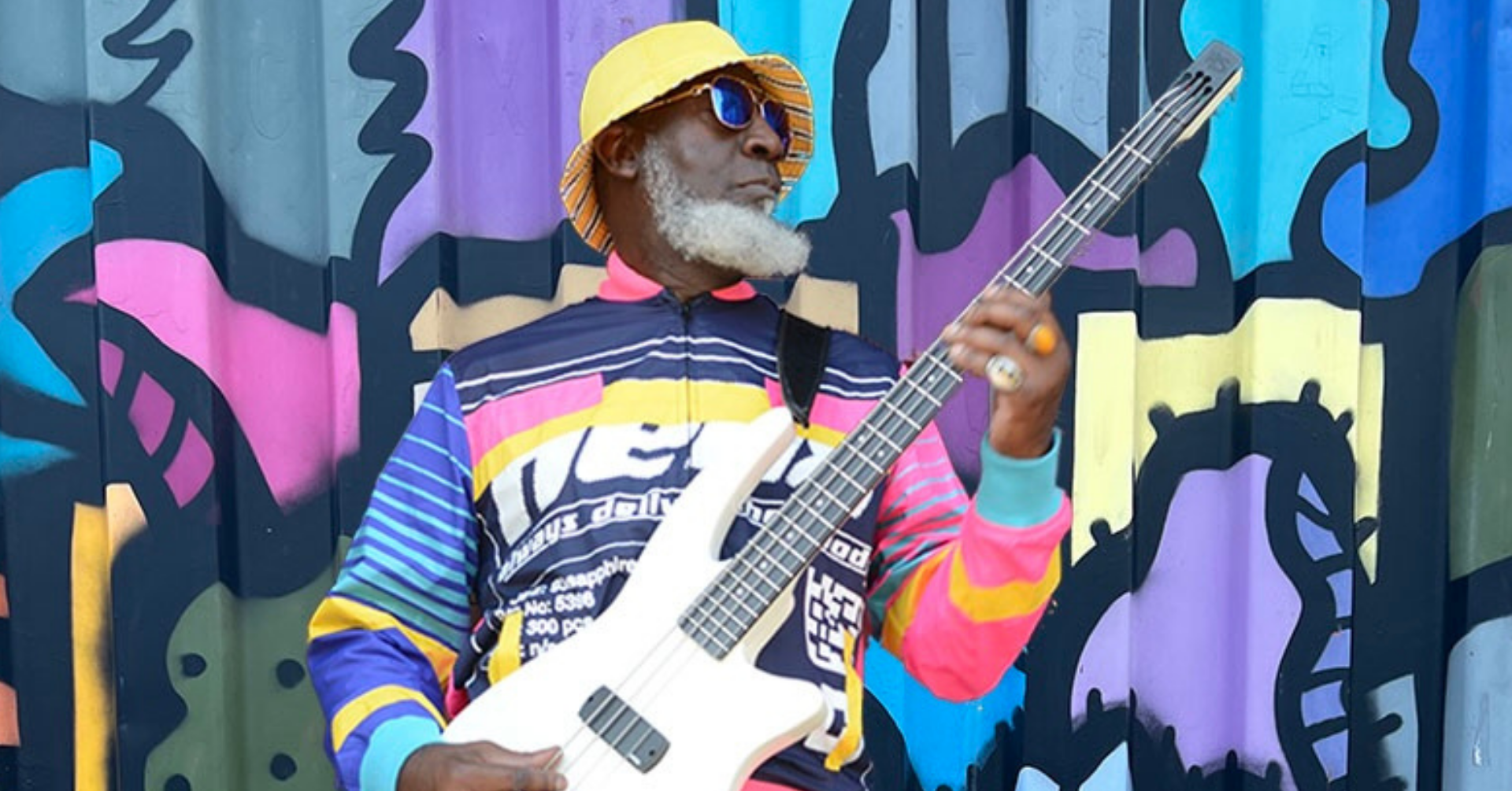 Jamaaladeen Tacuma, the American free jazz bassist, composer, and interdisciplinary artist whose work with Ornette Coleman during the 1970s and 1980 put him on the international map, is tracing his own origin story with a residency project he is calling The Dirt Road Xperience. To support the composition of a new musical suite, Tacuma will reflect on his career arc and musical journeys while revisiting the stomping grounds of his youth—the winding back roads of Whiteville in Columbus County, NC.

As part of the Richard F. Burkhardt, Fine & Performing Arts Series at SCC, Tacuma is hosting a Music Workshop: Music & The Human Experience – Harmolodic Gems at Southeastern Community College on March 1 from 6-8 p.m. Aspiring musicians are invited to explore techniques and learn the histories behind the nuances of jazz and other American music that has origins in the rural South. Tacuma will discuss music as a human experience, improvisation as a way of life, and introduce Ornette Coleman’s harmolodic concepts. The event will also be live-streamed.

Artist, producer, musician and composer Jamaaladeen Tacuma spent his youth sporting on the back dirt roads of Whiteville and has since traveled the world as a renowned and supremely versatile master of the electric bass guitar. In the 1970’s, his creatively free approach caught the ear of saxophonist Ornette Coleman and he became a member of Coleman’s Prime Time. His work is heard on some of Coleman’s historic recordings: “Dancing In Your Head,” “Body Meta,” and “Of Human Feelings.” Tacuma has since lent his bona fides as a jazz force to the work of Pharoah Sanders and Grover Washington Jr. As his career evolved, Tacuma found himself right at home in music whether the genre be R&B, Soul, World Music, Classical, Hip-hop, Pop, Country, Experimental — or a collaboration with a classical symphony, Alpine brass band, Korean traditional drum ensemble, or Moroccan Gnawa group.

He has shared stages with Sting, Sheryl Crow, The Roots, Marc Ribot, Brad Paisley, Jeff Beck, Derek Bailey, Carlos Santana, Peter Murphy, and Dave Matthews among others. Tacuma is a standing member of Super Soul Banned, a group assembled by Rolling Stone drummer Steve Jordan, rubbing shoulders with the glitterati at the annual Fox Gala (Michael J. Fox’s annual fundraiser for Parkinson’s research). He writes exceptionally well for young audiences: His song “Play the Bass Guitar” written for the massively popular kid’s TV show The Wiggles, won an Aria award nomination. Tacuma is a brand ambassador for Aguilar Amplification/Korg, LaBella Strings, and Jam Pedals and continues to tour, produce and record worldwide from his current home base in Philadelphia.

Tacuma’s own artistic biography parallels the Carolina origins of important nationally- and internationally-acclaimed musical talents including bassist Kim Clarke (also from Whiteville), Graham Haynes (his Greensboro roots), and the geographic arcs of Percy Heath, Nina Simone, Max Roach, George Clinton, Maceo Parker, Paul Robeson; not to mention the iconic individuals known to the world as Dizzy, Monk, and Coltrane. Tacuma is the grandson of Whiteville’s own Luther and Bertha Hill. He spent his summers in Whiteville working on sharecropper families’ tobacco farms while also discovering his passion for his instrument, the bass guitar; having experiences that shaped him into the man and musician he is today.

During the residency, Tacuma will set up a combination art gallery, music studio, and design installation space at 611 South Madison Street in downtown Whiteville from February 16 through March 10. During this period, the public will be able to stop by to meet the artist and experience his multifaceted creativity. The public is also invited to join Tacuma’s Xperience by attending one or more from a series of free performances, workshops, and discussions in Whiteville and Charlotte (details listed on next page).

Tacuma will be joined during the residency by award-winning videographer and Apollo Theater sound engineer Gregg Mann, who will be documenting the entire residency for posterity. Mann brings his wealth of over 25 years in the music industry to the project. He has worked with Ornette Coleman, Alicia Keys, Gladys Knight, John Legend, Eryka Badu, and many other significant artists. For the last 10 years, he has been working in the independent film community as a director and editor.
The Dirt Road Xperience is made possible with the support of Jazz Road, a national initiative of South Arts, which is funded by the Doris Duke Charitable Foundation with additional support from The Andrew W. Mellon Foundation. South Arts awarded $2 million in grants in October 2021 to support jazz musicians through the Jazz Road initiative. The individual grants, which ranged from $24,700 to $40,000, were delivered to 52 musicians to support a wide variety of creative residencies.

All events require Eventbrite RSVP/Registration at the links provided.

Welcome Party at Sophie’s Cafe & Bistro, Whiteville, NC
6–8pm
Enjoy coffee, tea, and sweets and hear from Jamaaladeen and family members about their history, music, participation in the Great Migration, and how they’ve maintained ties between the North and the South. Special guests present will include author and family historian Joseph T. Jones, Craig Woolard of The Embers, music historian Choci Gray, Author, and Storyteller Marian Nance. A DJ will spin Jamaaladeen’s music. This event will also be live-streamed.
RSVP at Eventbrite.

Music Workshop: Music & The Human Experience – Harmolodic Gems at Southeastern Community College, Whiteville, NC
6–8pm
Aspiring musicians are invited to explore techniques and learn the histories behind the nuances of jazz and other American music that has origins in the rural South. Tacuma will discuss music as a human experience, improvisation as a way of life, and introduce Ornette Coleman’s harmolodic concepts. The event will also be live-streamed.
RSVP here.

More information about the Masterclass

The Agribusiness Technology program is looking at the future and finding ways to create opportunities to grow the workforce in Columbus County through sustainable agriculture. “Duke Energy is committed to creating access to education and workforce development for people in the communities where we live and work,” said Pam Hardy, Duke Energy District Manager for the Cape Fear region.... 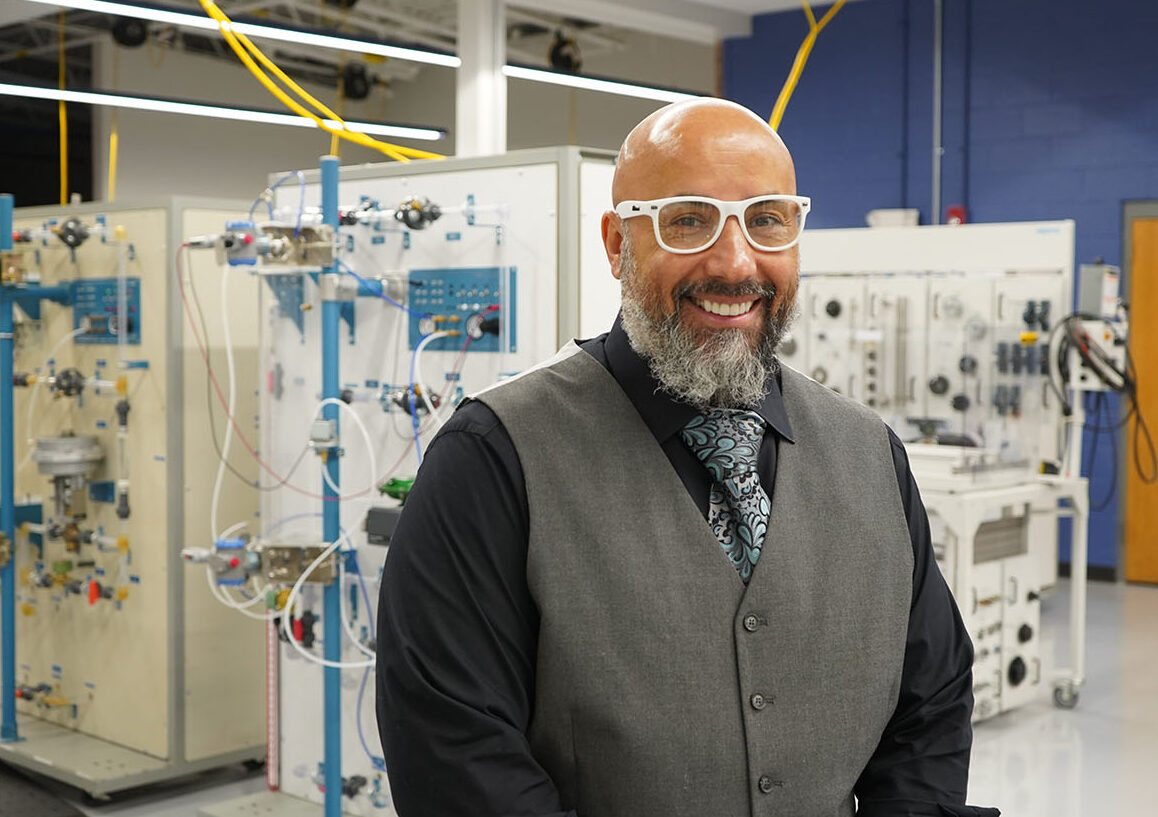 Dr. Mike Ammons has been named the new Associate Dean of Technical Training at Southeastern Community College. Ammons has over 15 years of experience in higher education spanning multiple community colleges and universities in North Carolina. He comes to SCC with a wealth of experience. ... 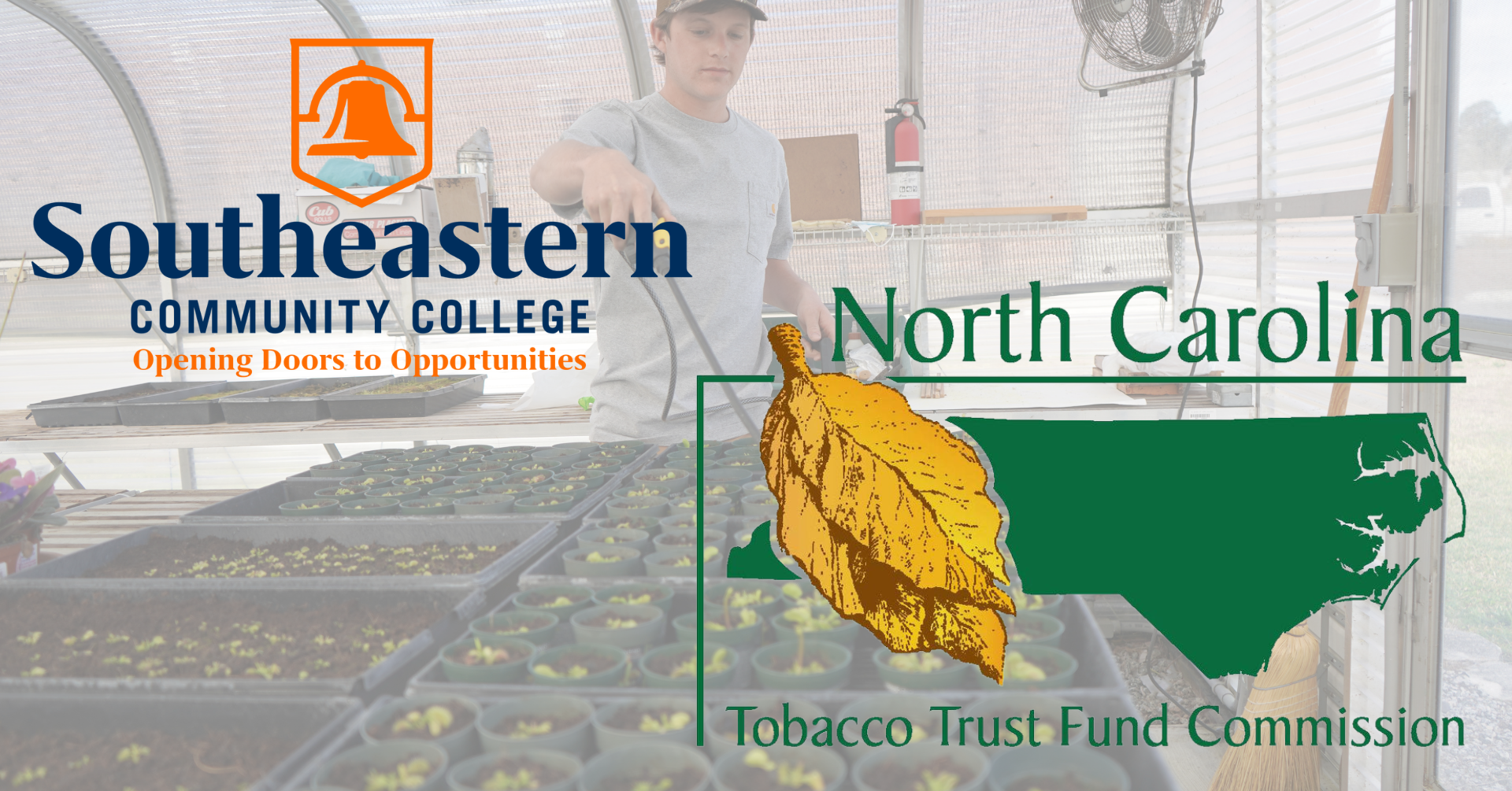 The North Carolina Tobacco Trust Fund Commission awarded Southeastern Community College (SCC) $374,500 for development of a greenhouse that will support the agriculture program. The state-of-the art structure will make way for advancing agriculture, horticulture, and animal science research. The new state-of-the-art greenhouse will be located on the campus of Southeastern Community College with construction to begin in Spring...